Thirty six weeks without an entry and some of the earlier entries now seem so remote as to have being written by someone else; either it's time to terminate the account or use it for something else.
As I clearly do not have the available time to use the account to facilitate a blog - or at least one of any consistency or quality - the idea of using it occasionally as a notepad, a jotting book, an online scrapbook for links seems more appealing.

For this entry I am going to put together a set of links pertaining to the end of 2009 and the decade that passed with it.

Firstly the Wiki entry for 2009, a bit literal-minded of me, but who knew 2009 was International Year Of Natural Fibres?:
http://en.wikipedia.org/wiki/2009
More interesting by a measure is this Guardian review of the decade
http://www.guardian.co.uk/world/series/review-of-the-decade
Demonstrating how far removed I am from pop music, here is Pitchfork's top 50 albums of 2009:
http://pitchfork.com/features/staff-lists/7744-the-top-50-albums-of-2009/
Whilst Total Film's reader poll of the best films of the decade explains why a near-obsessive cinephile such as I doesn't go to the cinema very often - http://www.totalfilm.com/features/your-top-30-films-of-the-decade/page:4 - The Times'  year end round-up seems to be dictated by a critical appreciation that regards re-issues as new films and rehashed ideas as cutting-edge cinema:
http://entertainment.timesonline.co.uk/tol/arts_and_entertainment/film/article6884218.ece
Finally for their future-retrospect value here is a snapshot of some of the tech-gadgets of 2009:
http://www.digitaltrends.com/gadgets/best-gadgets-of-2009-top-gadgets-and-technology-products/

The European liberal left's teary-eyed love-in with the Obama administration may need some emotional adjustment.
Sure, after the Bush regime, Obama did seem - and to a point continues to seem - like a breath of fresh air.
At this juncture however, rhetoric is not equating with policy and with the sound of the dizzy, post-election fanfare fading into the background, there is a sense of business as usual.

More disturbing however, is Obama's intention to shield CIA operatives who imprisoned supposed terrorists without trial, flouted the Geneva Convention and practised torture on (considering they had not been tried under due legal process) effectively innocent civilians.

Hardly the policy of a president seeking to implement real change or address the hideous injustices of his predecessor's tenure, is it?

After starring in 'I'm A Celebrity, Get Me Out Of Here', and doing the narration for a hilariously bad, Boys-Own documentary called 'Bugs' for Murdochvision, John Lydon carries about as much cultural weight as Kerry Katona.
Hard to now recall that he was once co-conspirator in the avant-pop 'organisation' of Pil . I know this song is as much a product of Keith Levine's sonic experimentalism and Jah Wobble's musical input but Lydon's stream-of-consciousness vocals are intrinsic to the song's sense of cold, dislocated, almost Beckettian narration.
One of my favourite pop songs from the time, and unquestionably my favourite Old Grey Whistle Test performance.

The U.S. self-appointed role as a world policeman was always given a degree of public relations saleability by it's particular condemnation of torture.
If you must wage wars of interventionism, then stating an opposition to torture grants a moral supremacy, a legitimacy of purpose.
Whatever shred of legitimacy, this stated opposition to torture, granted the U.S. in other conflicts - the swift, sanitised Gulf War comes to mind - the decision to permit the use of torture in the War On Terror has caused irrevocable damage to public perception of the U.S. amongst the international community.

For a time the Bush administration seemed almost proud of it's advocacy of torture.

The presentation of the idea, that slow-drowning a human being or keeping them awake for days
is not quite torture is an abomination and an insult to anyone with a scintilla of intelligence.
Deprive someone of sleep and they will confess to anything, you don't need thumb-screws or red-hot pincers to torture someone...
Additionally the obvious inference is that information obtained by these techniques is completely unreliable and any case brought about by these means, including that of Sheikh Muhammed, should be immediately dismissed.

This article -http://www.nytimes.com/2008/12/18/opinion/18thu1.html?pagewanted=1&_r=1&hp
in today's New York Times, does give one the sense that U.S. democracy may at last be beginning to correct itself, to find equilibrium after what has been the most venal presidency within living memory.
I personally think it unlikely that Rumsfield could ever be indicted on any of the inferred charges.
More important is the necessity that Obama should follow those election promises to review the executive orders implemented by President Bush and to immediately re-commit the U.S. fully to the ordinances of the Geneva Convention.

http://www.balticmill.com/whatsOn/present/index.php
The ongoing fluxus exhibition at the Baltic Gallery in Gateshead sounds intriguing, there is however no chance of me being able to go, so I have been trying to attend in proxy by reading reviews and online articles instead.
Any art movement that proclaims itself anti-art is immediately defining itself as paradoxical and paradox seems to be the pith of what fluxus was about, it succeeded in being at once all-embracing and rigidly exclusivist, libertarian and totalitarian, profound and trite, the province of the visionary and of the charlatan.
I think eventualy fluxus' paradoxical elementalism eventually had it's ultimate confirmation in the fact that it became in essence a self-negating entity, rather than overturning art it overturned itself, almost cancelling it's original energy out, before becoming assimilated - in a purely presentationalist way - into the mainstream.
Adrian Searle in this - http://www.guardian.co.uk/artanddesign/2008/dec/10/art - Guardian article writes "Fluxus never went down well with collectors. Never mind that fluxus work rarely cost anything to make, and not much more to buy, and its single laudable aesthetic premise was to avoid wasting resources. The problem for most art collectors was that fluxus was too cheap and too ephemeral".
This element of fluxus certainly has not been absorbed by contemporary mainstream art, the art of Hirst and his contemporaries may wear the vestments of fluxus but the real radicalism of their work is most eloquently expressed in the price tag.
http://www.guardian.co.uk/artanddesign/2008/sep/13/damienhirst.art

http://www.guardian.co.uk/uk/2008/dec/04/law-genetics
A welcome pro-libertarian decision by the European Court Of Human Rights, the notion of keeping innocent people's DNA records on file dovetails disturbingly in with the British government's introduction of National Identity cards.
The inference of all this is that under Gordon Brown's government the concept of freedom is to protect the public from itself.
This is a deeply misanthropic smokescreen for what is in reality the creation of an - as of yet embryonic - police state.
Add into all this the prevalence of closed-circuit TV cameras in the UK.

There seems something cliched in making an Orwellian connection between all these modes of 'public-protection'...
I wonder is Gordie suitably dour to cut the mustard at The Ministry Of Truth.

Most contemporary Hollywood films are completely unwatchable; behind some little embellishments and other frou-frou most boil down to being predictable, anti-intellectual, ambiguity-free moral fables of good versus evil - or in other words fairytales.
I'm not sure whether Hollywood conducted some market research back in the seventies that caused them to conclude that the public likes trite nonsense or whether the public voted for this at the box-office - perhaps a little from column A and a little from column B....
In any case I like cinema but I have for the past twenty years found very little to like in the contemporary mainstream and so older Hollywood films, art-house cinema and foreign films tend to be what I watch, I occassionally see the odd contemporary film but generally afterwards I feel like I've been over-dosed with sugar.

During the week I watched Francis Ford Coppola's 1974 film 'The Conversation' a film that is by a far measure the best thing he ever made.
I'm curious how Hollywood films often hold up a mirror to their times, The Conversation with it's warning notes on the morality of privacy and the darker potentials of surveillance is very much of it's time.
The post-Watergate U.S. had just witnessed a presidency brought down by wire-tapping and concerns regarding privacy were very much the fear of the moment.
There was a whole Orwellian concern about corporations, the government or the C.I.A. listening in to private conversations and acting on the information gleaned.

It's curious how little we care about privacy now, we have taken our parents' lace-curtains off our windows and off our lives.
Big Brother doesn't have to spy on us because we do the leg-work for him, self-mediating on our blogs, divulging our inclinations and intentions, fears and aspirations, politics and beliefs.
We equip Google with a list of the websites we visit leaving a cyber-record of our interests, our purchasing-inclinations,our political leanings, our hidden vices, our idiosyncracies.
We don't give much thought as to whether this self-divulgence could be utilised against us but of course in very particular circumstance it could; in Bangkok and China peoples blogs have landed them in gaol.
Those 'very particular circumstances' are an important disclaimer however, one of the leitmotifs of this blog has been a rejection of the Culture Of Fear -
http://en.wikipedia.org/wiki/Culture_of_fear
- and a countering belief in human resourcefulness.
Of course this resourcefulness can of itself be useful in subverting the online persona your right-clicking creates.
Like the Soviet spies who created false personae by joining right-wing groups within the U.S. during the Cold War it is equally easy to doctor your profile to appear as 'benign' as possible.
Or if this seems ludicrously self-defeating and you wish to opt out of the Age of Information a few key-strokes can eliminate your blog persona entirely.
Online suicide is genuinely painless.

Last Saturday we went for a drive/hike in the Slieve Bloom mountains about fifteen miles from where I live,
here are some pictures I took: 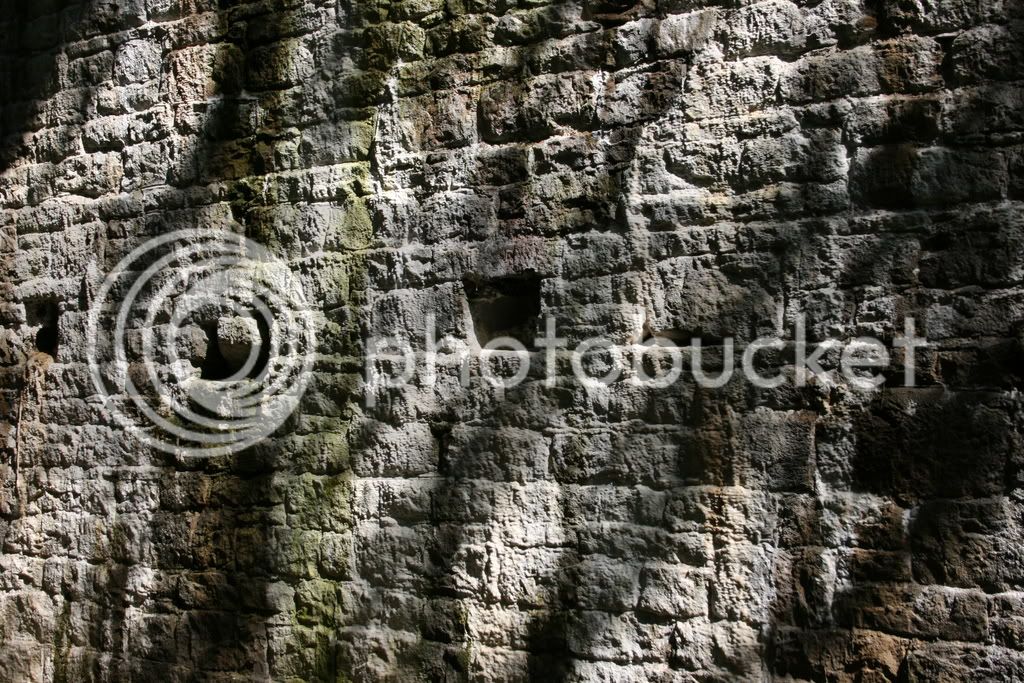 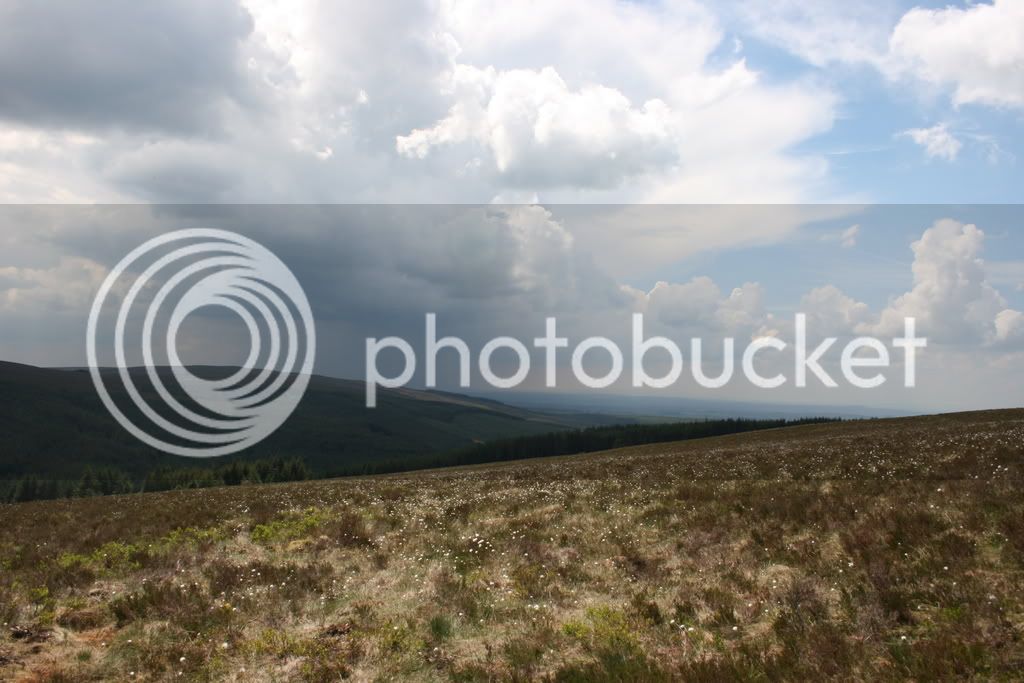 The delphiniums which I grew from seed in the late Spring of 2007 and managed to bring through the winter have begun to bloom.

These delphiniums are Pacific Giants - the largest species of delphinia - and at present the plants are over four feet high, I will post more pictures when they are all in bloom.
Other plants blooming out at present are these Helianthus - 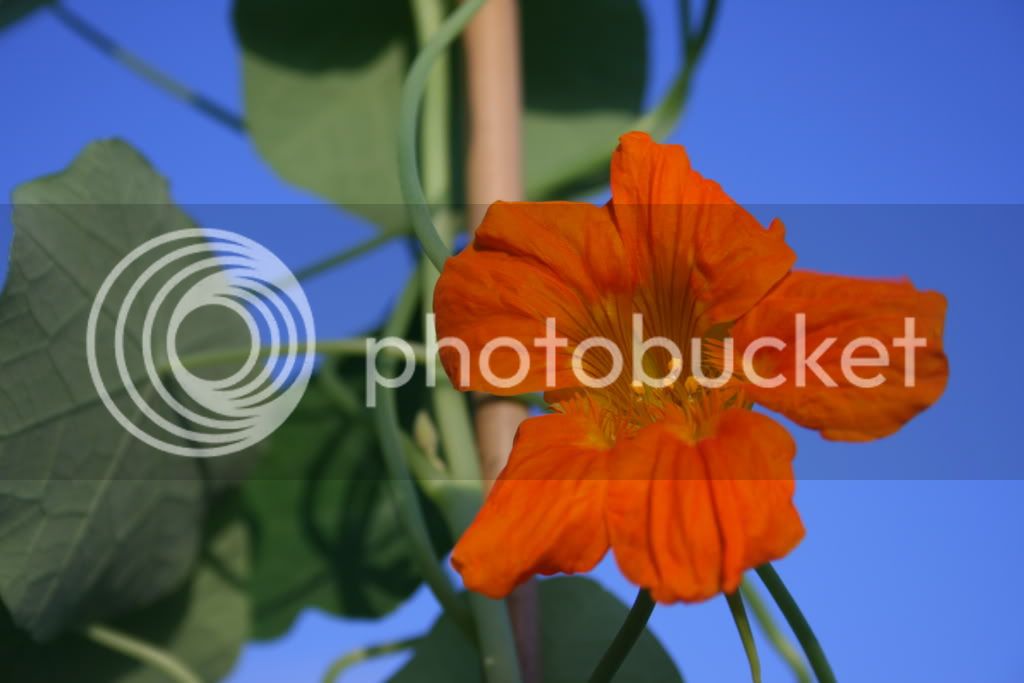